Even something as little as making fun of the way a person talks can ruin their day and even though the act is not a felony, it’s still harmful and completely unnecessary. Luckily, some heroes were in the right place at the right time and quickly came up with an appropriate punishment. (h/t: Greta) 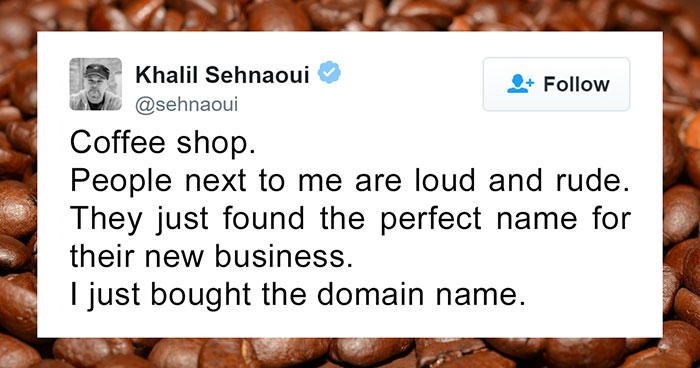 (I’m a manager. I am ringing up a woman I have sold things to before. We are making small talk as I ring her up. Note: I’m a lesbian.)

Customer: “I can’t believe the president came out in support for gay marriage!”
Me: “I know; kind of unbelievable!”
Customer: “That f** lover is going to burn in hell for that!”
Me: *biting my tongue* “Okay.”
(I finish ringing her up and hand the customer her bags.)
Customer: “They should round up all the gays and put them down.”
Me: “That would be bad for me, seeing as I am a lesbian.”

(The woman turns pale and walks out without saying a word. A few hours later, I get a call from the manager of another one of our stores. On the line, I can hear the same customer I previously sold items to ranting.)

Manager: *also a woman* “So, this woman is here wanting to exchange a bunch of stuff from your store. When I asked her what was wrong with the items, she said you tainted them; I have no idea what she is talking about. Could you maybe clear this up for me?”
Me: “Well, I bet it is because she found out I was gay.”
Manager: “I see.” *starts talking in sultry voice* “Well, I’ll see you tonight for our date. You should put on that that black lace bra and panty set I got you for your birthday! I love you!” *hangs up*

I am very confused, seeing as I have never dated that manager, nor did she ever get me underwear, and as far as I know, she is not gay.

Fast forward a few days later to the manager weekly conference call: apparently, the customer left the other store after thinking the other manager was also gay. That manager then called every other store in the area and told everyone about the customer. Over the next few days, the customer went to every store in a 20 mile radius trying to exchange the ‘tainted goods’. Everyone she talked to pretended to be gay when working with her and she left every time. To my knowledge, she never got her exchange. – notalwaysright

I was at the post office one day when an elderly lady in front of me asked for a single stamp.
Obviously considering this a waste of her time, the woman behind the counter makes a snorting noise, rips off a stamp and flicks it across the counter where it lands on the floor. She doesn’t apologise or offer the lady another stamp. The old lady considers for a second, picks up the stamp and leaves her 50 cent piece on the floor in its place. She says a cheery “Thank you!” and walks out, and the woman behind the counter has to walk around to pick up the money.

I was at a Craft Store in my town, and it wasn’t too busy, but only one register was open. The cashier, a teen aged girl, I could tell was working as best as she could. The process was a tad slower however, because she had a stutter, and a bit of a lisp.

As she worked through the line, asking the usual questions probably mandated by the big wigs (I’ve worked in retail, it’s a thing), the man behind me began to huff and puff. He muttered something about having places to go, he was in a hurry, etc. I ignored him, until I heard him start to mock her to his kids.

So, when it was my turn at the register, she asked me in a small voice “Are you a member o-o-of the rew-w-rewards club?” And I looked smugly at the guy behind me, and back at her.

Me: The rewards club? Oooo that sounds great! Please explain it to me?
She seemed surprised at first, but then looked at the guy behind me, and then it clicked.

I have never given my information so slowly in my life. Never had I asked as many questions as I did. She smiled and answered my inquiries, while the guy behind me was seething.

Him: Can you hurry up, please?
Me: And miss out on these great rewards? As if!
I only held him up for about 5 minutes… but wooo child, it felt so good. – ubt400

So I live next door to a couple (a VERY conservative couple) and their twin boys. The boys can’t be more than 8, and like most kids, they like to play in the back yard. Which is totally fine, doesn’t bother me at all. They’re kids and like to run around. What bothers me though is that they love to throw their toys over into my yard. Alot of toys. Action figures, balls, frisbees, rackets, etc.

Them throwing them over don’t even really bother me that much. What bothers me is that the parents keep demanding that we have to throw them back. They don’t ask, they don’t knock on the door and apologize, they just yell over there fence when they know that we are outside and TELL us to give it back. And that bothers me. They also seem to encourage their kids to throw it over to our yard.

So after Christmas I was at the store and saw that they had a ton of Barbie’s, nail polish, Bratz doll frisbees, and balls on the clearance. I bought 5 of everything I could find that I knew my neighbors would hate seeing their sons play with. Every time an action figure gets thrown over to my yard, I will throw a barbie back with it. Every time a ball gets thrown, a Bratz ball will be returned. I already threw a couple nail polishes over and the twins went crazy. They loved it. They’ve had pink, purple, and green nails all week.

It’s been 2 days and not a single action figure has crossed my fence. More importantly, not a single rude demand from the parents to return them. The kids are having fun, and I have pretty revenge. – annakins456