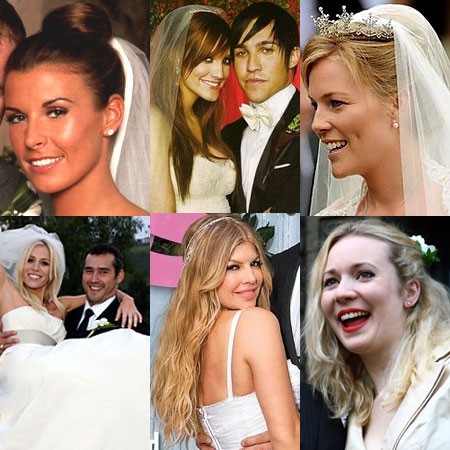 There are many reasons that people follow celebrity weddings, the glitz, the glamour, and of course the celebrity wedding hair! A few well known celebrity couples that were married recently are Spencer and Heidi, Nichol Richie and Joel Madden, and Gwen Stefani and Gavin Rossdale. Each of these couples is world famous for various reasons and they know how to marry in style!

Starting off with Spencer and Heidi, or as they are often referred ‘Speidi’, we can see that Heidi is the kind of girl that loves to rock the long wave locks. Her long blonde hair was worn down in in a wavy style that just managed not to be curls. That is to say, they managed not to be curls until they reach the ends. This style adds body and bounce while providing the soft and sophisticated elegance that a wedding demands. Spencer wore his hair in a short, wavy, style that is shorter on the sides and back. Despite some of the negative opinions people have about him, no one can deny that he was having a very good hair day! 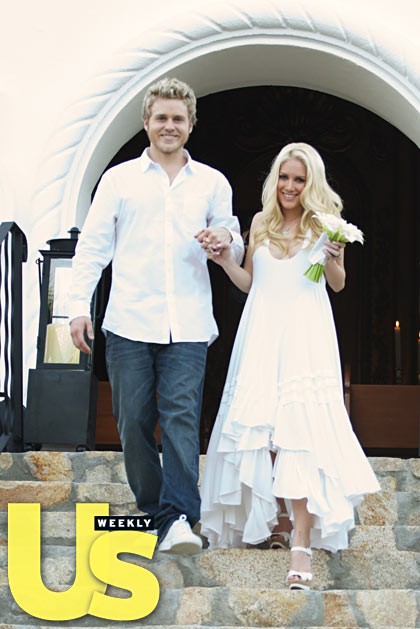 If you crave celebrity hair like Heidi’s then simply use a curling iron on the ends of your hair. This is a very simple, yet intriguing, style for many that can be created with little effort. You may want to use a protective spray before applying the curling iron, however.

When it comes to the wedding of Nichol Richie and Joel Madden celebrity wedding hair does not get any better. Nichol’s celebrity wedding hair was a departure from her traditional look that includes cute bangs to help show off her heart shaped face. Instead she chose to rock the increasingly popular high bun in order to elongate her form and increase the overall elegance of her appearance. Joel Madden decided to go with a short, sleek, style that made him look quite handsome. Their hair seemed to be made for each other! 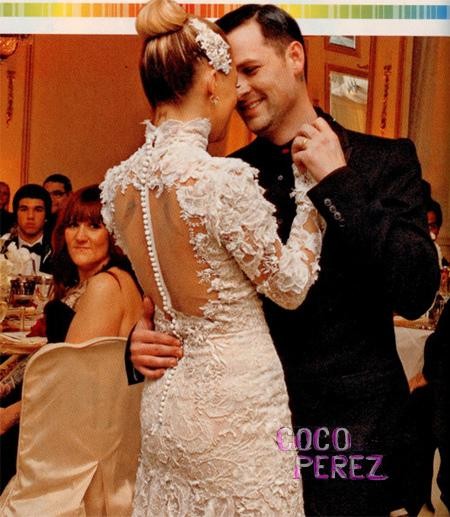 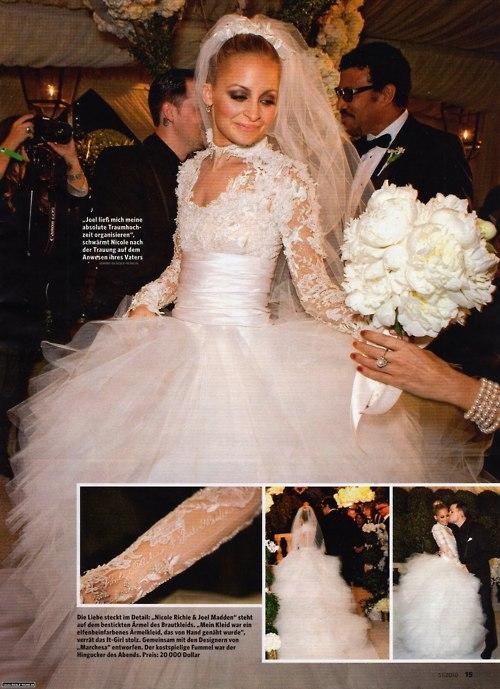 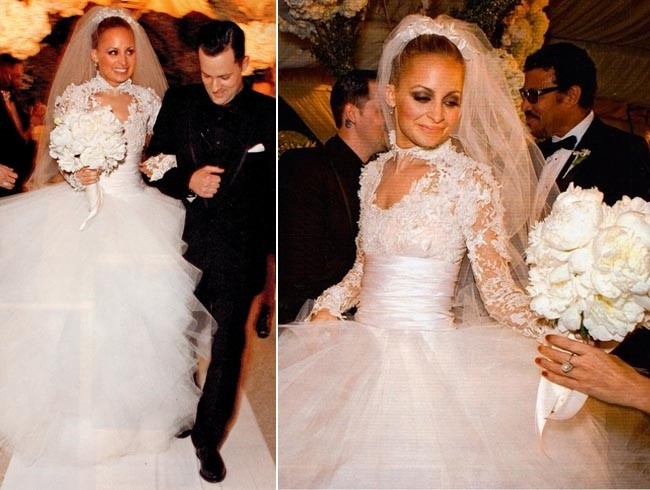 The high bun is a simple and effective way to elongate the neck and increase the effectiveness of your overall elegance with little effort. If you can create a ponytail, you can make a high bun, simply wrap your pony atop your head to form a base then pin it in place!

The celebrity wedding hairstyles trains continues steaming along merrily with Gwen Stefani and Gavin Rossdale. Gwen wore a glamorous pompadour that adorably clashed with the sleek, yet rough, look that Gavin Rossdale wore. His dark messy curls gleamed in the light next to her glam look, but they looked so good together that few would argue that they were meant for each other.

The retro pin-up girl pompadour is big on top but close on the sides. Take the front portion of your hair along the area of where your bangs are there brush it upward. Follow this by twisting the hair to one side then underneath and press it down against your head. If you want to push it forward you can, so that you get that cool hang off effect. Secure it with bobby pins afterward. 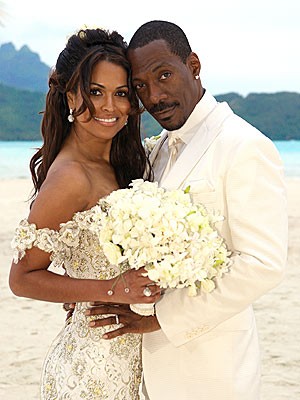 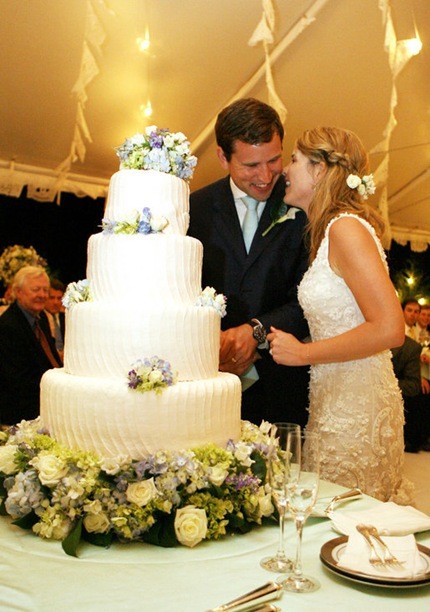 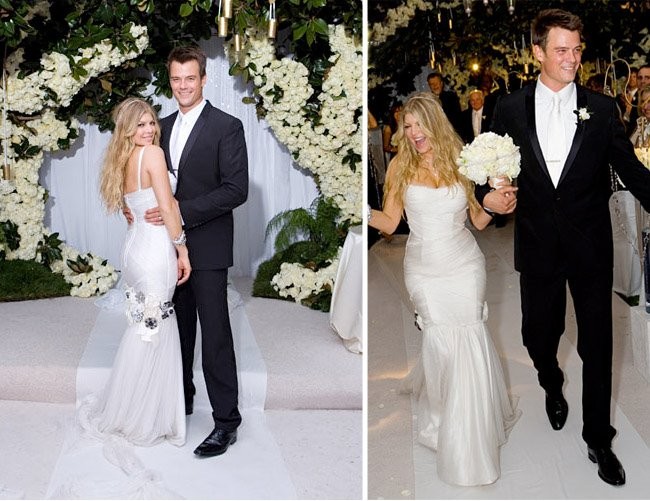 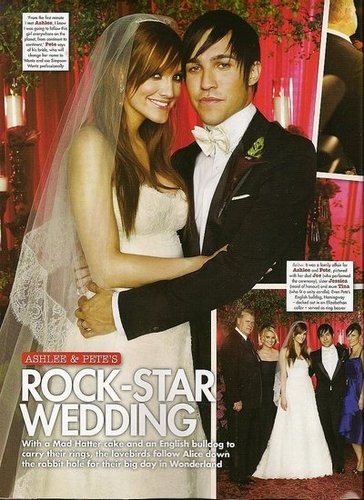 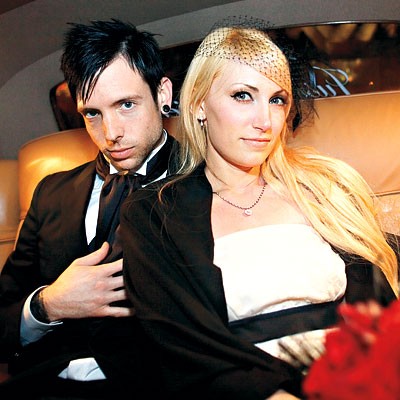 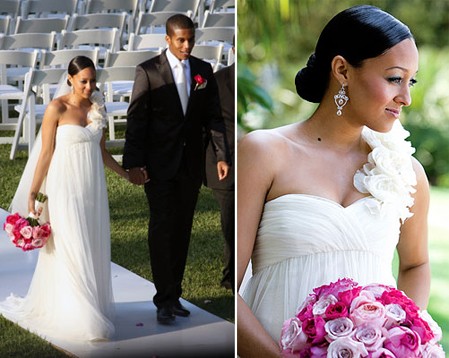 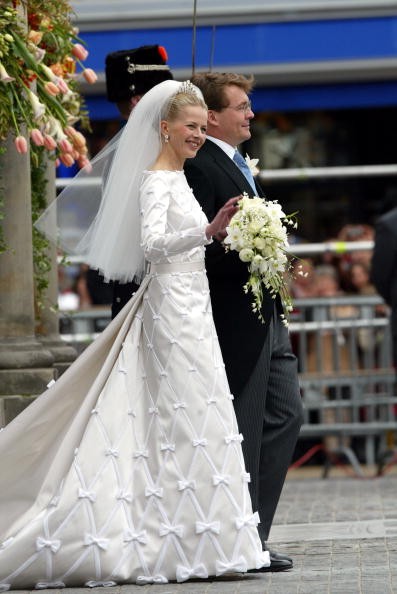 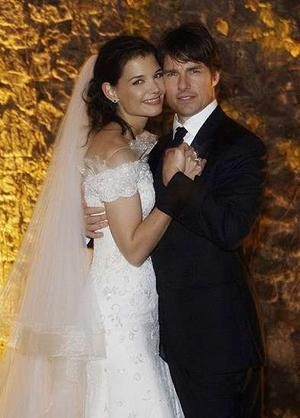 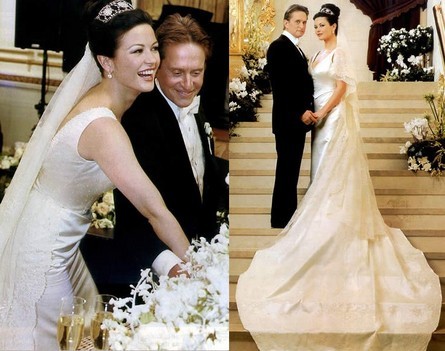 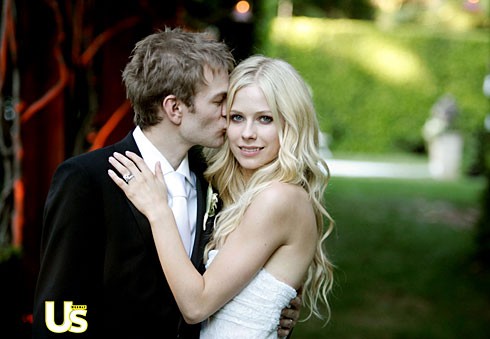